Five years ago when South Carolina’s women’s basketball team brought a national championship to Columbia, the Dawn Staley and A’ja Wilson-led Gamecocks were acknowledged with a parade along its downtown streets.

Five years later in 2022, after another Gamecocks national championship, it was time to celebrate once again.

Last week, it was announced that Wednesday April 13 would be the day that South Carolina was honored with another parade and rally in downtown Columbia. The parade brought out a great deal of the Gamecock faithful, many of whom dressed in the signature South Carolina garnet and black colors.

The parade began at 6 p.m. Columbia time and lasted for nearly an hour along the city’s Main Street before the festivities culminated with a celebratory rally at the South Carolina statehouse which is situated at the intersection of Main and Gervais streets.

One noteworthy Gamecock was not in Columbia for Wednesday’s parade – Destanni Henderson. Henny was one of several WNBA invitees to this week’s draft where she was selected 20th overall by the Indiana Fever. With training camps around the corner for WNBA teams, Henderson is turning her attention to trying to make what will surely be a young Fever roster. 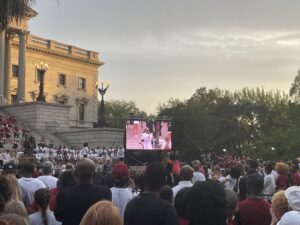 She was a primary catalyst in sealing South Carolina’s championship victory in Minnesota – a career-high 26-point effort that ensured the Gamecocks would be the team cutting down the nets in the Land of 10,000 Lakes.

The story of how South Carolina got to this point once again is well-documented. When Wilson, Ty Harris, Kaela Davis and that 2017 did what it did en route to a championship, it was a watershed moment in Gamecocks history given its women’s basketball program was not much to speak of prior to Staley coming onto the season.

Any future championship that Staley won would be, in large part, about building upon the success and the standard that was set by the championship-winning 2017 Gamecocks rendition. South Carolina was oh-so-close last season after getting all the way to the Final Four only to lose to Stanford.

This allowed for Staley and her Gamecocks players to take on one of the most time-honored mantras in sports – that of unfinished business – the idea that a job that nearly got done in one season would be complete the following season. 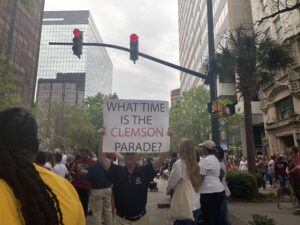 Among those tough outs that stood in South Carolina’s way were UConn, Stanford and Maryland – all great programs in their own respective rights. Whether it was Aliyah Boston being as dominant a player as there can be in women’s hoops in the interior or Zia Cooke or Destanni Henderson doing what they do best from the field or the defensive intensity being turned up, the Gamecocks would find some way to get into the win column. 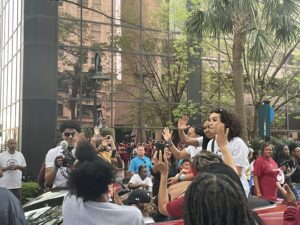 Then came a matchup that saw the team from South Carolina’s Columbia take on the SEC opponent from the other Columbia in Missouri. The Tigers stunned the Gamecocks and proved to everyone that there was no such thing as an untouchable team – even one looking to exercise its demons from the previous campaign. 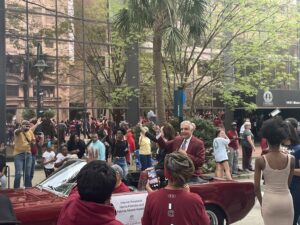 Outside of a stunning defeat at Mizzou, South Carolina went back to doing what it does best – playing winning basketball. Sans the defeat to the Tigers, the Gamecocks’ record was unblemished from the start of the season until the finals of the SEC tournament. 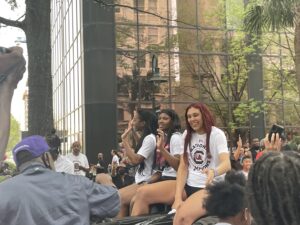 Then the Gamecocks ran into a Kentucky team that was surging in the second half of the season. South Carolina had a lead on the Wildcats late, but a combination of the Gamecocks getting cold at the wrong time and the Wildcats getting hot at the right time led to another stunning defeat for South Carolina – this time with the SEC crown on the line.

In spite of this, the committee still showed the Gamecocks a great deal of respect by naming the team the No. 1 overall seed going into March Madness. Now the rest of the field had to take note of a Gamecocks team that was not only talented, but ticked off after giving the Kentucky game away.

The committee also knew what it was doing when it put South Carolina in the same bracket as Iowa as it was hoping for an Elite Eight contest between the two National Player of the Year candidates in Boston and Caitlin Clark. 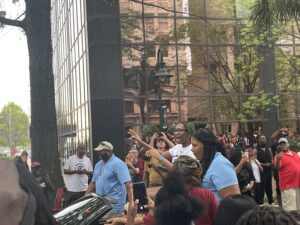 Clark and the Hawkeyes did not make it past the second round – South Carolina did…into the Sweet 16, then the Elite Eight, then the Final Four where it had a chance to exercise those demons from 2021 in Texas. But South Carolina was also a team that was going through issues closing out games. One wonders if that was a mental byproduct of the loss to the Wildcats, but that was no issue when it was time to play for a championship in Minnesota.

South Carolina defeated Louisville in the national semifinal – then despite UConn being coached by Geno Auriemma and Paige Bueckers returning to her home state, the Gamecocks did exercise those demons and were successful in bringing more championship hardware to Soda City. 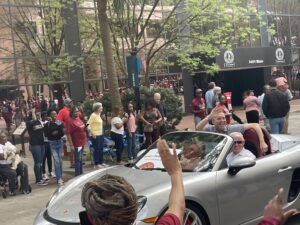 The 2021-22 season may be in the books, but it does not look like South Carolina is disappearing from its perch atop the women’s college basketball food chain anytime soon. This past season, Dawn Staley managed to land two top-tier in-state recruits in Talaysia Cooper and Ashlyn Watkins.

Cooper, out of East Clarendon, earned McDonald’s All-American honors … and had a stellar performance in the game itself at Wintrust Arena, the home court of the Chicago Sky. Watkins won the slam dunk contest at the McDonald’s All-American and is a big who won four consecutive SCISA 3A championships at Cardinal Newman School in Columbia.

The 2022-23 season also has a chance to be yet another watershed season for South Carolina given the number of draft-eligible players that will be on the Gamecocks roster. Along with being the likely preseason favorites to cut down the nets again after the 2023 Final Four in Dallas, Boston will be a lottery pick and possibly the No. 1 overall selection in what could be a WNBA-changing 2023 draft given she and Bueckers are looked at as generational players.

In addition, Zia Cooke and Laeticia Amihere (who is already part of the Canadian national team) are also projected to be drafted. According to Lines.com, Cooke will be a late first-round pick – currently 12th overall to the Connecticut Sun. Lines also has Amihere as a second-round selection – 14th overall to the Atlanta Dream. 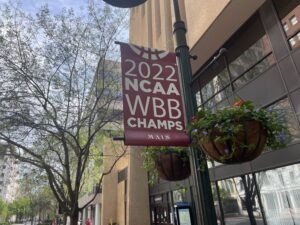