(Tamika on the far left in white. Kobe on the right in blue….with the gold chain to match)

When WNBA superstar Tamika Catchings met NBA superstar Kobe Bryant as young kids in a foreign European country during the 80’s, I wonder if they ever would’ve imagined that 20 years later, the both of them would go down in history as the greatest players to play the sport of basketball?

Friday night, ESPN aired the Spike Lee mini-joint “Italian Imports”, 13-minute special which dives into the childhood bond that Tamika and Kobe share dating back to their time spent living in Italy. Both players lived in the country while their fathers played for Italian teams after playing in the NBA. The two shared memories about some of the fun times their families had together, as well as the world view they each possess as a result of spending part of their childhood immersed in a different culture. Some key takeaways from the special include:

1) Both moved to Italy at the tender age of 6 yrs. old

Harvey Catchings played in the NBA from 1974-1985, and was a member of the New Jersey Nets, Milwaukee Bucks, LA Clippers, and Philadelphia 76ers. He then relocated his family, including 6yr. old Tamika, to Italy where he played for a year. Joseph “Jellybean” Bryant was a member of the Philadelphia 76ers, San Diego Clippers, Portland Trailblazers, and Houston Rockets from 1975-1983 before moving him and family, including a young 6yr. old Kobe, to Rieti, Italy, where he played for 7 seasons.

2) Both had a difficult time re-adjusting to American lifestyle

While living in Italy, both lived carefree and cultured lifestyles, but that came to an end when they returned home to the U.S. Unknown to many (until now), Tamika was born with mild hearing loss, which effected her ability to learn the English language at a young age. After moving back to the states, she was teased and made fun of by her peers because of where she previously lived and her disability. Since Kobe spent more time overseas, his dominant languages were Italian and Spanish, which made the transition back to America difficult due to the challenge of speaking and reading English. He, too, was made fun of my his peers because of the different lifestyle he grew up in. (He goes into deep detail about his experience in his recent documentary, “The Muse”.) 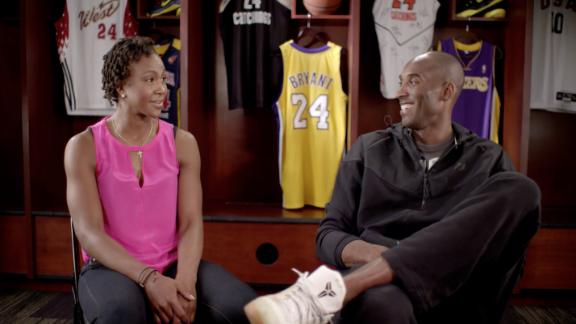 Tamika and Kobe discuss their childhood in Italy vs. growing up in the U.S.

They may not have felt confident in the classroom, but there was one place they were invisible: the court. Both shared how they used their basketball talent to overcome their insecurities, and to earn the respect and admiration of their peers. And the rest…..well….you know.

It’s no secret that basketball has evolved tremendously since the days that their fathers were in the league. However, for Tamika and Kobe, watching and learning the old school, core fundamentals of basketball from their fathers has given them a greater respect and understanding of the game (and an undeniable on-court IQ). It also influences their leadership style, where they expect nothing but perfection and sacrifice from their teammates in order to win. 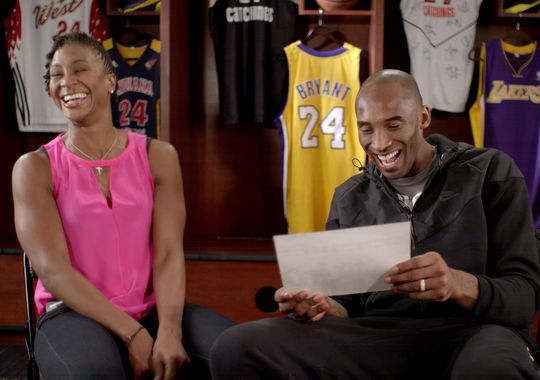 You know it’s real when they start pulling pics out the crates.

Overall, this special was refreshing and left me wanting to see and hear more about their friendship. It would have been amazing to see them go into depth about their professional careers and how they have followed each other and seen each other grow since joining the NBA family. Maybe after they retire, and they take their families back to Italy, we can get a pt. 2 and pick up where they left off. #WishfulThinking